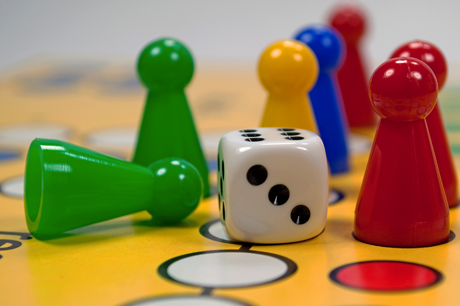 Snow Day! 5 board games that your family will love

Who would have expected that a snowstorm would wreak havoc in the middle of March? Well, here at A1 we say – roll with the punches.

This nasty weather is the perfect excuse to settle down for some good ol’ fashion family fun. We have scoured the web (and our childhood memories of course) to put together this list of 5 board games that your family will LOVE.

You never know, you might even forget that it’s snowing.

This is an absolute family classic. Players move around the game board buying and trading properties. The object of the game is to drive other players into bankruptcy.

A great way to exercise your vocabulary! Players score points by placing tiles on the board to create words. Each letter has a predetermined number of points. The player with the highest number of points wins.

Fun fact: If all of the Scrabble tiles ever created were placed in a straight line, they would loop around the world twice.

This is a murder-mystery themed game. Players move around the game board (which represent rooms in a mansion). The object of the game is to collect clues in order to determine which suspect is the murderer.

The Game of Life

As the title explains, this is a game that simulates the different stages of a person’s life – from college to retirement and everything in between. Spin the wheel to see where life will take you next.

Fun fact: More of a tip than a fact – when you run out of tiles, you can take them from anyone who retired at Millionaire Estates.

This is a strategy game played on a board depicting a map of the world. Each player controls an army and the object of the game is to occupy every territory on the board and eliminate the other players. Beware this can get pretty competitive!

Fun Fact: The inventor of the game Risk was a French filmmaker who won an Oscar later that year.

Fireplace Inspection and Annual Maintenance For gas fireplace maintenance or repairs, A1...

How Can I Control the...

We all know that during the winter, the air in our homes can be very dry – we can...

Why Are Furnace Filters...

We all talk a lot about the basic heating and cooling of our space within our homes- but...

How Do I Protect My Home From...

We are all ultra-concerned about airborne viruses – especially with so much focus and...

Across the country, up to 15% of the population will suffer from fever, headaches, and...

8 Tips to Getting Your Home...

You’ve packed your bag, said your goodbyes and you’re about to embark on your...