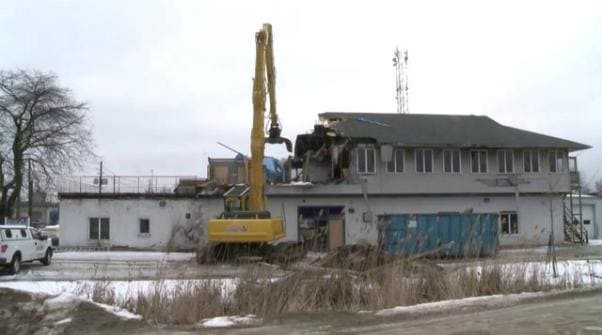 Out With The Old, In With The New

They say that no place is like home. Well that is certainly true in regards to our old location that we lost nearly two years ago. Our temporary location has definitely kept the business going, but being the determined folks that we are, it is time that we get our old location back!

On July 21, 2011 we faced a devastating fire that destroyed our Oakville building on Chartwell Road. Thankfully all employees got out safely, and authorities were notified immediately. Scorching flames, and the fact that it was the hottest day of the year did not deter the City of Oakville Fire Fighters who took over, and did an excellent job at extinguishing the fire quickly!

We brushed off the ashes from our shoulders, and got right back on our feet; providing Oakville, and the surrounding GTA areas with excellent heating and cooling products, as well as great customer service which has been a key factor to our success for nearly 50 years now. Our temporary location has served us well since then, but after some deliberation it was clear that the old building needs to go, and make way for our new state of the art building.

Before taking down the building we also decided that getting some footage of the destruction would be really cool to have in our archives. The 7-year old child in us was obviously rooting for using explosives to flatten the building instantaneously just like the cartoons, but that was quickly ruled out due to safety concerns. Then the idea came to us of shooting a time lapse video of the dismantling of the building. Destruction began with the cameras rolling as they captured every moment from the start to end. Hours of footage have been squeezed into two and a half minutes, and we think the end result is quite awesome! Check out the video for yourself at the top. At the bottom we have also included the news article that insideHalton wrote a day after the incident.

Read more in the Oakville Beaver

How Do I Protect My Home From...

Time to detox your home We are all ultra-concerned about airborne viruses – especially...

Fireplace Inspection and Annual Maintenance For gas fireplace maintenance or repairs, A1...

How Can I Control the...

We all know that during the winter, the air in our homes can be very dry – we can...

Why Are Furnace Filters...

We all talk a lot about the basic heating and cooling of our space within our homes- but...

Across the country, up to 15% of the population will suffer from fever, headaches, and...

8 Tips to Getting Your Home...

You’ve packed your bag, said your goodbyes and you’re about to embark on your...