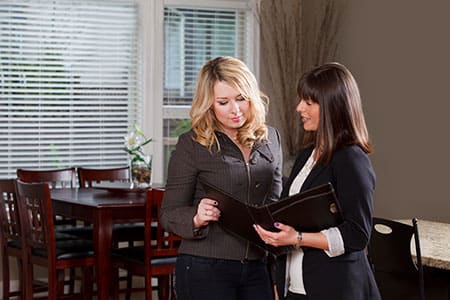 Cool Facts That You Never Knew About Air Conditioners

Living without air conditioning on a hot summer day can feel unbearable. However, in the not so distant past it was not uncommon for most homes and businesses to be unequipped with an air conditioning system; so how did we survive? Though we persevered, we also innovated and with that came one of our summer saviours: the air conditioner.

To celebrate our favourite summer appliance, we want to share some “cool” facts about air conditioning that you probably don’t know.

Without air conditioning in the summer, the hot work environment would cause people to work slower and not perform to the same degree as they did when it was cooler. In the past, North Americans got longer summer vacations as do people in Europe today (where air conditioning isn’t as prevalent). However, air conditioning solved this problem and therefore decreases your chance at a month long August vacation to “escape the heat”.

2)    The movie theatre is cold for a reason

Air conditioning was not as affordable in the past; it was a luxury that many could not enjoy. Movie theatres catered to giving people an enjoyable experience that included fresh and cool air in the summer. As people wanted to escape the heat in an affordable manner, movie sales increased. The reason we have summer blockbusters today stemmed from a history of movie sales increasing in the summer which can ultimately be attributed to air conditioning!

The air conditioner was not meant to be a mass cooling system for homes and businesses. Instead, the air conditioning “machine” was invented by Willis Carrier in 1902 for a publishing company in order to reduce the expansion and contraction of the paper.  It worked so well that the machine was eventually adapted to cool other businesses and eventually homes.

In warm areas, bacteria is more likely to grow and remain; with an air-cooling system in place, hospitals can lessen infections and air born viruses. Many advances in medicine were possible due to the cooler environment that it provided, including a decrease in infant mortality and cleaner surgical procedures.

Migration patterns drastically changed when air conditioning became accessible and affordable for people living in warm areas. Particularly in the southern United States, air conditioning influenced their population to be 60% higher after the 1960’s when air conditioning was more affordable. Not having to struggle with humidity and discomfort all year proved to be an attractive benefit of relocating to a warmer climate. Furthermore, the design of most homes changed due to a lesser need to combat the heat.  Cool brick homes with high ceilings were no longer mandatory and other similar home design elements were abandoned.

6)    It actually makes us less tolerant of the heat

Studies have shown that the more often you are exposed to a cool environment, the less likely you will be able to tolerate heat. Ever feel like you are no match for the hot summer day like you used to be? It may be because your body has conditioned itself not to be!

There’s a lot to love about air conditioners, check out our cooling systems here to find out what is best for your home this summer.

On March 21st, 2019, the Ontario government announced that the Conservation First...

A1 Introduces the New Daikin...

A1 Air Conditioning & Heating is so excited to introduce the new Daikin Fit, one of...

When Peter was featured in the January/February 2019 issue of Mechanical Business...

Use our HVAC Warranties 101 guide so you can be fully aware of the terms, conditions and...

What is the Best SEER Rating...

Homeowners often ask about the best SEER rating for a new air conditioner. The Seasonal...