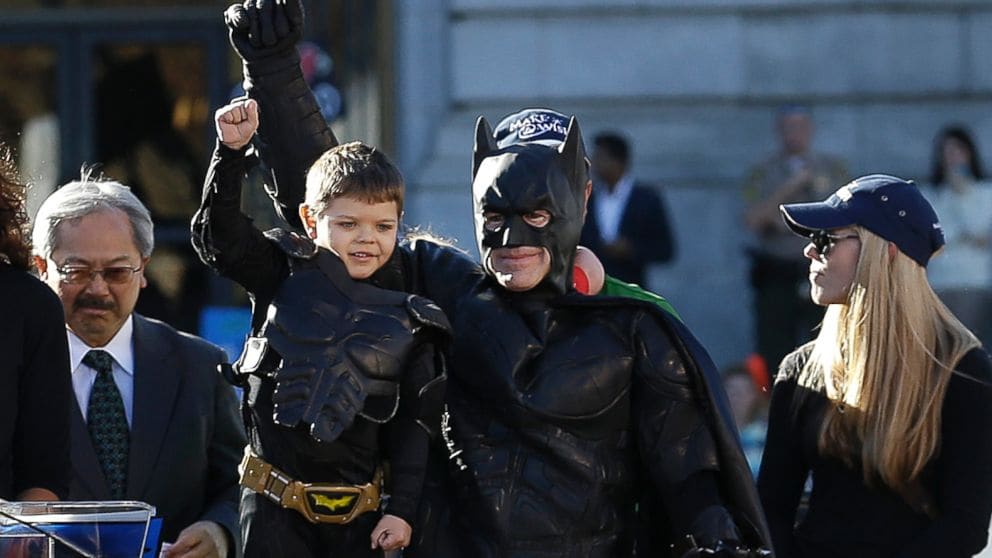 The Make-A-Wish Foundation is known for granting wishes to children with life-threatening diseases. Five-year-old Miles Scott is one of these children that made a wish to become Batman. Make-A-Wish decided to grant this wish by turning San Francisco into Gotham City and give Miles the chance to fight crime as BatKid.

Thousands of San Franciscans responded to an avalanche by lining up in the streets where Miles and his full-sized Batman sidekick swooped into action preventing robberies and battling super villains. People around the Miles’ story has touched millions, not just for his bravery for overcoming leukemia at such a young age, but applauding the Make-A-Wish foundation for bringing the city together to make a 5-year-old’s wish come true.

Peter Messenger, President of A1 Air Conditioning & Heating and his family were touched by BatKid’s story and have donated $1,000 to support the Make-A-Wish Foundation Toronto.

The support from people around the world has been tremendous and there is nothing greater than making a sick child smile again! Thanks to Batkid conquering the hearts of minds around the world, Peter’s donation will help continue to put smile on sick kids by making their wishes come true.

Want to support Make a Wish Foundation? Click here and learn more about their great cause.

You may already know, the GreenON Rebates program ended earlier this year, on June 19,...

Save on a New Home Comfort...

Spring is slowly approaching—but many homeowners are still looking to upgrade their...

A1 Air Conditioning and Heating would like to thank all the participants that suggested a...

On November 11th, Canadians will observe two minutes of silence at 11:00 AM to...